Mad Men has been sculpting our modern decade for the past six years. It would be false to say its influence really started in July of 2007 when it premiered. There wasn’t a massive following until it started grabbing up awards like a hungry goldfish.

As of today (April 7, 2015), Mad Men has received fifteen Emmys and four Golden Globes and the appeal isn’t a mystery to loyal viewers. The attention to historical detail is always received well by critics (including myself), so long as the writing is compelling and the acting tolerable. The show took Jon Hamm from quiet actor to a household name.

For the first four seasons, Mad Men had my highest attention. By season five, knowing the characters so well made me more critical of their sometimes dramatic actions. In that fifth season there was so much turmoil. I was ruined by the handling of Lane Pryce’s storyline in Season 5 Episode 12, “Commissions and Fees.” I didn’t need the visuals and was injured by seeing more than I thought necessary.

The brilliance of the show’s construction is evident in the handling of historical moments. There is usually a temptation to depict history from a romanticized retrospect. In “The Grown-Ups” (season three, episode 12), the show’s timeline met up with November 22, 1963. We saw how the moment of President Kennedy’s assassination played out in the world through multiple perspectives. Peggy was in bed with Duck and “slept” through the moment, Don had just finished yelling at Lane – real moments.

In the sixth season, the Apollo 11 moon landing was indeed as memorable as our relatives relay to us, but we had some alternative impressions of its significance. Sally brushed it off as wasteful to impress a boy, Don and Peggy dealt with the reality of the astronauts possibly failing and how that would impact their account.

Those are real reactions when history is unfolding in the moment. We are reminded by this television show that the passage of time and the presence of new information leads to the slow shifting of our own opinions when the present becomes the distant past. How will the younger generation feel about the events of September 11, 2001 when it is forty years in the past?

When a television show can inspire such thinking, it has done far more than entertain. Paying attention to the events of the past can go a long way toward informing our future even as we sometimes continue making the same mistakes.

As Mad Men begins final episodes, there will be a great temptation to criticize the handling of its lead characters. It’s a difficult task for writers to craft an ending when each viewer relates in different ways and wants to see their favorites make the choices they would. In the end, we have to accept them for who they have been crafted to be.

If you haven’t seen Mad Men, it will be around when you’re ready for it. Be sure you’re mentally ready as well.

Will the series finale be five star-worthy? 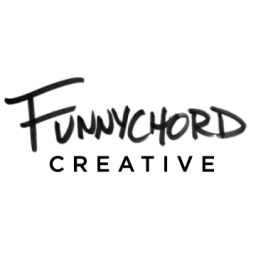